Picoo.it is a portal that talks about stories, traditions and emotions, which tells a territory through the images. But that’s not all. Picoo.it is also a place where you can touch the experiences, the objects made by artisans, taste the typical food of this land. Thanks to the e-commerce section everyone can experience the territory firsthand.

In the extensive catalog each user will find the best food and wine products and the most characteristic objects of local artistic craftsmanship. In addition, to live at the better the visit at these places, you can buy exciting experiences to do on site.

Picoo.it is a portal created by Land thanks to the contribution of the Umbria Region, through the call for proposal “Bridge to Digital 2020”.

PICOO, WHAT DOES IT MEAN?

Picoo is a fantasy name, but with strong references to the origins of this territory. The name derives from the Green Woodpecker (the scientific name is derived from the Latin picus, meaning “woodpecker”, and viridis meaning “green”), a rare bird typical of central Italy. According to the legend Pico was, also, a charming man Circe fell in love with. When he refused her love, he was transformed in a bird, a Green Woodpecker.
The ancient Umbrians considered the flight of the Green Woodpecker to be an auspicious sign. In Gubbio there are the “Tavole Eugubine” (3rd – 1st Century BC), seven bronze plates in wich the ancient Umbrians engraved a text to explain their religious rites. In this text is indicated that, at the beginning of each religious ceremony, it is important to observe the flight of the Green Woodpecker, which must come from the left. In this case it’s an auspicious sign. There are also many recommendations on what to eat during these particular rituals and how to serve and consume food. One of the recurring foods is the “crescia”, the typical Gubbio’s bread, a mixture of water and flour cooked on the “panaro” (usually a disk of stone put to warm up on the embers). This strong reference to traditions and food has guided us in the choice of the name. 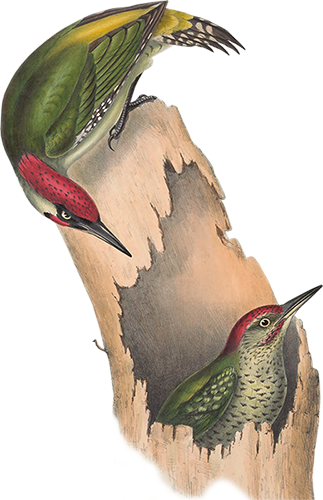 Crafts,
food and wine…
and more!

On the website www.picoo.it you can find the most representative handicrafts of the territory, real evidences of how ancient arts and crafts are still alive and central in the life of the inhabitants of this land today. In addition you can also choose from a wide range of food and wine products that, as we have seen, have ancient origins and maintain the characteristics unchanged and the typical flavors of the past.

How does Picoo.it work? If you are curious to discover the characteristics of the territory and the cities, the traditions, the history, the art or the natural beauties, then you are in the right place. Just click on the “EXPERIENCE” section and you will find yourself projected in these places.

Do you want more? Would you like to touch the artisan traditions or would you like to taste the typical food and wine products? Enter the Shop section and you will find a rich catalog, available by type of products or by manufacturer, which will allow you to buy the most incredibile creations by local artisans or food and wine delights that can literally make you taste this land. All the products in the Picoo.it shop come exclusively from the reference area.

Once the products have been added to the cart, it will take just a few steps and, safely and quickly, you will receive what you have chosen at your home.

ARE YOU A PRODUCER AND DO YOU WANT TO SELL YOUR PRODUCTS ON THIS WEBSITE?

Are you a local producer or a craftsman and would you like to sell your products on Picoo.it?
Send us an e-mail to info@picoo.it and you will be contacted immediately.
Picoo.it could be your next shop, a showcase overlooking the world.